Nova. Conflict in the last frontier is a 1 to 4 player medium complexity game, bringing together elements of different types. It is fully focused on a card-driven space opera narrative and offers different wargame mechanics. In addition, the game features interesting rules for solo play, which integrate very well into multiplayer games.

The game is articulated in scenarios. In this first edition we present six: four of them solitaire, one for two players and a last one for 3 or 4 players. Among the solitaire scenarios we have a first introductory scenario, another that we would frame as a 4X game (explore, expand, exploit, and exterminate), a third “diplomatic” scenario, with a lot of indirect play, and a fourth strictly military scenario. The two multiplayer scenarios combine all the elements that appear in the solitaire scenarios.

Nova also allows you to create your own scenarios based on your favourite SF worlds without the need for additional elements (just a scenario detail sheet). On top of that, it is easily scalable, allowing innovative players to put together several games to design macro scenarios.

All in all, Nova is a Space Opera game that we are sure will provide countless hours of fun and perhaps spark creativity with the design of new scenarios.

Long live and prosper… And may the force be with you!!!! 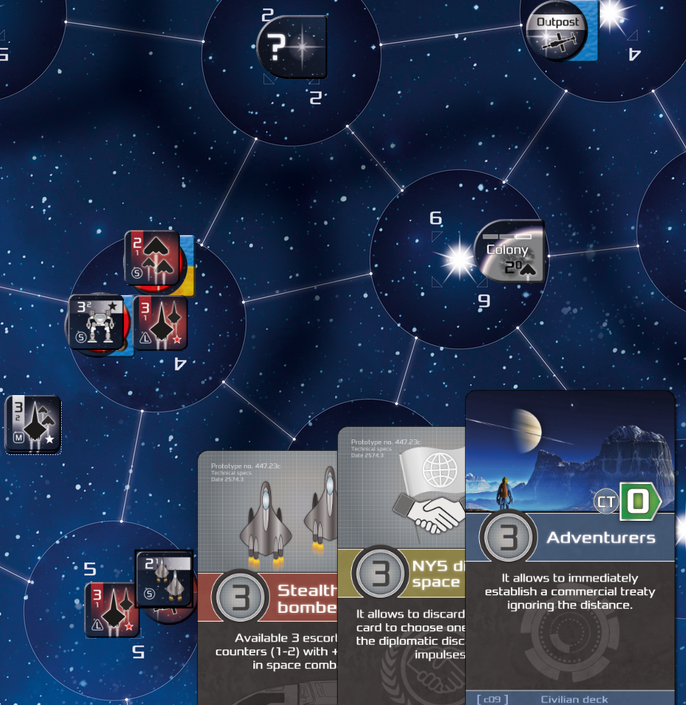 Here are the rules.

And the rest of the game elements, ready to print and play.

You can also buy it already made here.