Immerse yourself in the medieval Spain of the 11th century.

The Caliphate of Cordoba in the south of the Iberian Peninsula has fallen, and its place is occupied by a multitude of small Muslim Taifa kingdoms trying to survive the attacks of the larger and more powerful Christian kingdoms in the north.

This is the era of La Reconquista with mythical liders such as El Cid, adventurers who with their mesnada (band of warriors) fought alongside Christian kingdoms as well as Muslim kingdoms or on their own. Also the time of the fierce and fanatical Almoravids, North Africans invited by Muslims to intervene in the peninsula after the fall of the Taifa of Toledo in 1081.

Take control of one of the main kingdoms of that time and fight to expand it through intrigue, diplomacy and war in Taifa….

Taifa is a cool game, suitable for everyone, in which 0 to 6 friends (yes zero!) are going to have a great time for one and a half hour. 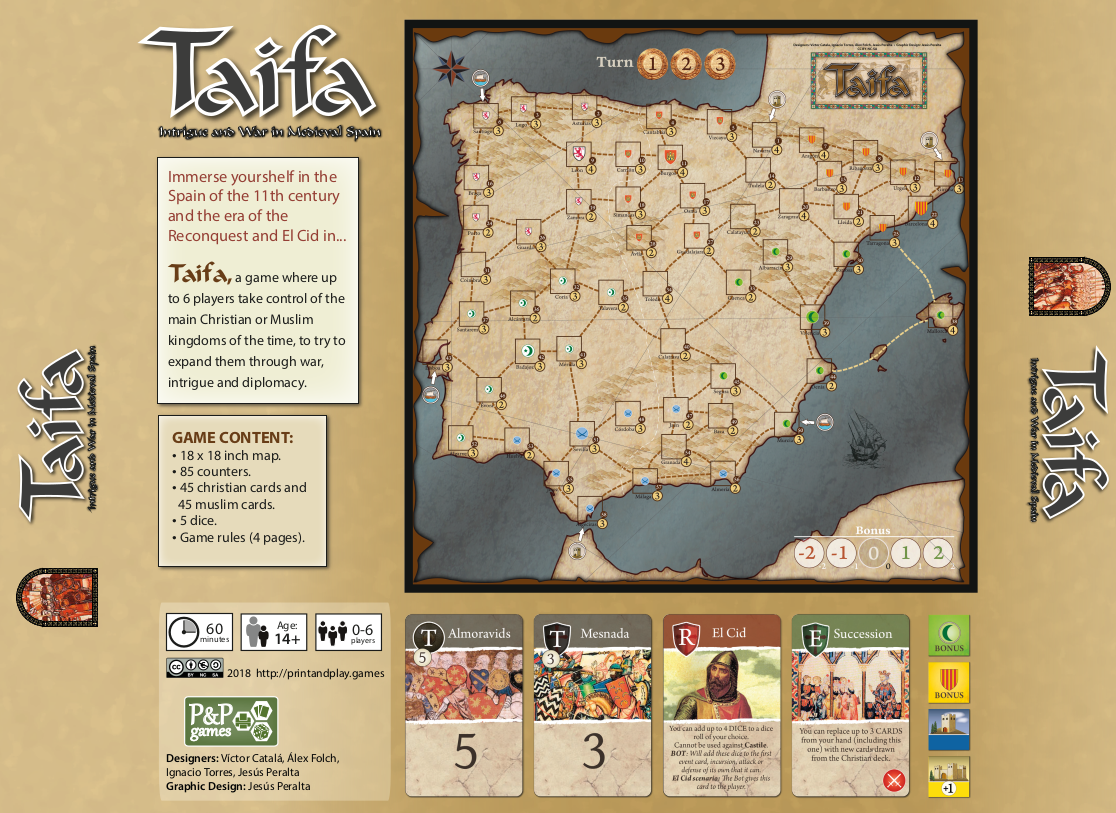 Here you have the game ready to print and play.

Taifa is a game with soundtrack. You can hear it here while you play; or here for more variety.

We recommend this documentary in case you want to know more about the historical context, or this one focused on the figure of El Cid.

Download the VASSAL module and play solo or with friends from home.